This Wednesday sees Royal School Armagh come up against Methodist College Belfast in the final of the Belfast Telegraph Senior Schools Cup Final. The match is taking place at Lisnagarvey, with push back at 2pm.

Royal School Armagh Proceeded to the final after a hard fought 2-1 win over Ballyclare High School. The Armagh side came from 1-0 down to score two goals in the final minutes of the game, lining up a final with Methody.

“I always had belief in this squad to reach this stage of the competition, and just making the final is a huge achievement in itself, given the quality of opposition we’ve had to play throughout our cup run.

We are all extremely grateful for everyone’s support, which has helped us to get here and will no doubt be loud again on Wednesday! Regardless of the result we can be proud of the season that we’ve had. It has been an honour to captain such a talented team, but the desire is to go that one step further and win.” 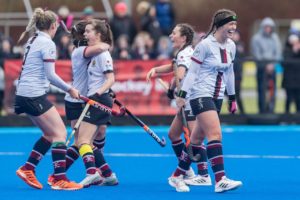 In the second semi-final Methody took on Rainey Endowed. MCB took the lead in the 9th minute with an excellently executed penalty corner. Although a number of chances were presented, the score remained 1-0 with MCB ecstatic to make the final once again.

“I am super proud of my team mates for all their hard work and dedication this season in helping us reach the Final of the Schools Cup!  We are all so excited and I feel blessed to have the opportunity to play in the Final with my friends and knowing we have the total support of our coaches and the whole Methody community.  It is every hockey girls dream and we are going to enjoy every minute of it given that girls in Ulster last year did not have this amazing opportunity!” 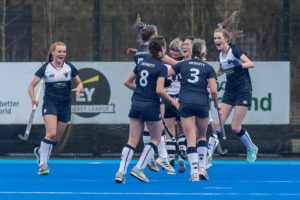 This Wednesday 9th March will see MCB take on Royal School Armagh in the final of the Belfast Telegraph Senior Cup. Gates open at 1pm with pushback at 2pm. We are expecting a large crowd down at the game with a huge number buses coming from both schools.