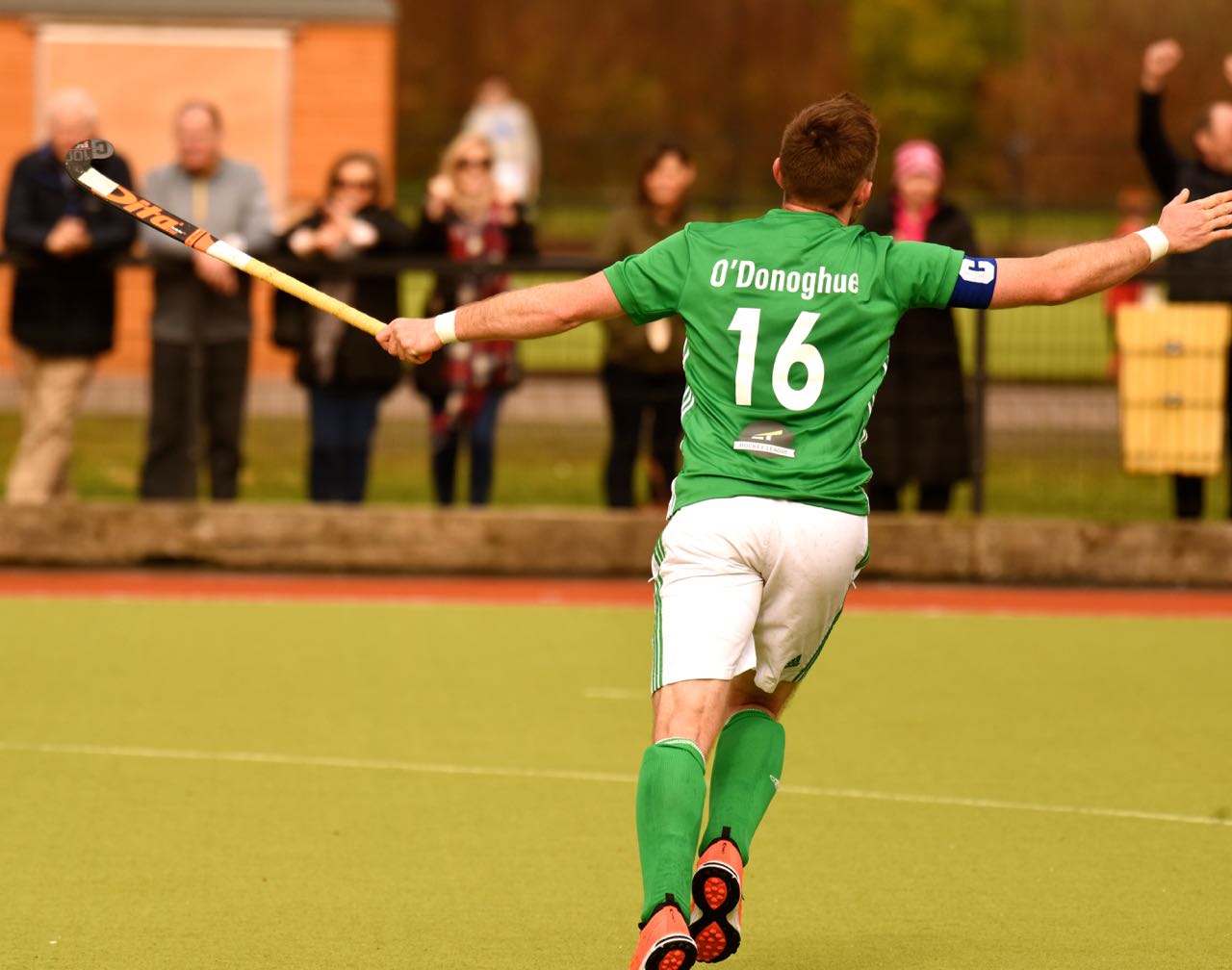 Instonians have qualified for the final round of the EYHL qualifiers after an impressive weekend in Dublin.

They opened with a 3-0 win over Ulster rivals Mossley and then completed Saturday’s programme with a 5-0 victory over UCC. On Sunday, Inst began with a 1-1 draw against Corinthian and then posted a decisive 2-1 win over UCD thanks to Stephen Kelso’s late winner. Inst will now play Dublin YMCA in the semi-finals in Cork at the end of the month with Bangor facing Bandon in the other tie.

The overall winners will qualify for next season’s IHL with the runners up playing this year’s penultimate finisher in a promotion-relegation play-off. Meanwhile Glenanne were crowned EYHL champions for the first time after Shane O’Donoghue’s treble secured a 4-2 win over Lisnagarvey on Saturday.

The Dublin side came from 2-0 down to win the regulation season with games to spare and clinch a place in Europe next season. Lisnagarvey can still secure the second European place on offer if they win the end-of-season play-offs contested by the top four finishers.

In the other games, Banbridge drew 4-4 with Cork C of I, Annadale shared six goals with Railway Union and Three Rock Rovers beat Pembroke 3-2.

Glenanne captain, Shane O’Donoghue celebrates scoring for the Dublin side.

At Comber Road, Lisnagarvey made the better start and Matthew Nelson set up his brother Daniel, who dispatched a clinical upright backhand shot into the net for the opener in the seventh minute. Twelve minutes later, after a three-man move, Andy Williamson made it 2-0 to the home side when he fired home from the edge of the circle.

O’Donoghue reduced the deficit in the 21st minute when he converted from the penalty spot after being fouled. The Irish international equalised 15 minutes into the second half from a penalty corner after Garvey keeper James Milliken had pulled off several saves.

Shannon Boucher put Glenanne ahead for the first time when he scored with a first-time shot in the 50th minute. Four minutes later, O’Donoghue completed his hat-trick with another penalty corner conversion to seal the win and the title.

A late Julian Dale equaliser denied Banbridge a win over Cork C of I, despite a Johnny McKee treble, and damaged the Ulster side’s chances of making the play-offs. Railway Union’s point from the 3-3 draw with Annadale meant that Cookstown replaced the Dublin side in the automatic relegation place.

However, on Sunday, goals from Stuart Smyth and Michael Kerr gave the Reds a 2-1 win over Cork C of I, seeing them leapfrog Railway.

Meanwhile, Pegasus have made virtually certain of a place in the Irish Hockey League play-offs after a comfortable 3-0 win over Ards at Londonderry Park on Sunday. They now need just a point from their last three matches but with a vastly superior goal difference over their nearest rivals, it would take an unlikely collapse for them to miss out.

Pegasus led 1-0 at half-time after Hannah Grieve converted an early penalty corner. Rachael McMillan and Taite Doherty added further goals after the break to all but end Ards’ chances of joining Ali McNeill’s side in the top four.

Belfast Harlequins still have an outside chance of progressing following a 2-1 win over Pembroke Wanderers in Dublin but would need maximum points from their last three games and other results to go in their favour to have a chance. Quins came from a goal down after Hayley O’Donnell had given the home team an early lead.

Jenna Watt equalised before half-time and Abigail Edwards scored the winner in the third quarter to keep her team’s slim hopes alive.

Dungannon and Queen’s missed out on the chance to join the three Ulster sides in next year’s IHL after falling at the first hurdle in the provincial play-offs. On Sunday, the two local sides fought out a scoreless draw after Dungannon had earlier gone down 1-0 to Catholic Institute.

Queen’s then lost 1-0 to Old Alex, who won the series and now progress to the final eliminator in which they will be joined by the league winners from the various provinces, including Lurgan in a fortnight’s time. Both Ulster sides were already out of contention going into yesterday’s games, having picked up only one point between them on Saturday as Queen’s drew 4-4 with Corinthian.

Queen’s coach Simon Bell said: “The girls were just physically and mentally exhausted after the exertions of the last month.”

“They tried really hard to turn things around after the first match but there was nothing left in the tank.”

The winners of the final series of matches in Cork will qualify for the IHL with the runners up facing the penultimate finisher in this year’s top-flight in a promotion-relegation play-off. Meanwhile in the Ulster Premier League, goals from Sophie McDowell, Kathryn Smylie and Zara McIlwaine gave Mossley a 3-0 over Portadown.

In Senior One, champions Lisnagarvey completed their 18-match programme unbeaten after two goals from Jenna Flynn and one from Rachel Houston sealed them a 3-1 win over Priorians.